The Generalist’s Dilemma (Or, How I Learned To Stop Worrying And Just Write What I Love) 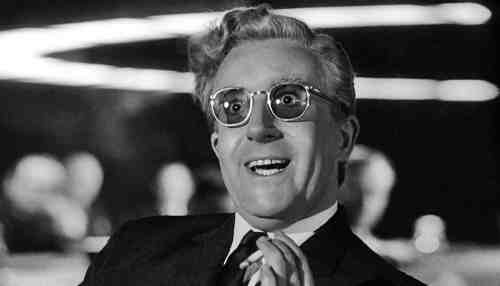 When I first began freelancing seven years ago, I kept stumbling upon a nagging word in many of the books I read and the conversations I had with fellow scribes (both digitally as well as in the flesh). The word was niche, and for many months I labored under the false assumption that unless I had one—as though it were a thing to be grasped and put in my back pocket—I would, essentially, be doomed. To wit, I believed that a freelance writer’s niche (neesh?) was his lifeblood. His path to success. His only reason for being. And that was unfortunate, because I was no closer to having my own niche than I was to hosting next week’s episode of Saturday Night Live.
Niches niches everywhere. Some of my most admired fellow freelancers had corned markets that included everything from the Jersey Shore to buying suits with a $100 budget. I was envious of these niche hoarders, because they offered potential editors something I couldn’t: A go-to presence on myriad, specialized topics. I, meanwhile, was starting to fear that I’d sink further and further into the cliche mold of that notorious jack of all trades, master of none.

Well guess what? It’s been seven years and I’m still without a niche. But I don’t care. In fact, I’ve come to embrace my status as a generalist. Not only has it lead to a prosperous and rewarding career as a freelancer, but it’s why I got into this writing gig in the first place, way back when I first starting reading Edgar Allen Poe in seventh grade and suddenly had the marvelous realization that writing could transport me—and my readers—anywhere. And I wanted to write about everything. Aliens who experiment with humans by sending them back in time. An elderly woman who makes some extra money as a pet assassin. Or maybe a machine that lets you experience life as a wild animal for hour-long intervals. (all DiUlio original ideas from notebooks of years gone by) Nowhere in my projected life as a writer did I weave in fantasies about cornering a niche and plying my trade like someone selling funnel cake at the local carnival. Writing for me was—and remains—an exceptionally unique gateway to infinite possibilities, and that’s why I’m still here.

Don’t get me wrong—there is absolutely nothing wrong with having a niche (or two). Those writers I alluded to earlier—the ones I admired and looked to for advice in my earliest years as a freelancer—have done a wonderful job making a living at this writing thing, and their work is always top-notch, entertaining, and multidimensional. And if embracing a niche is what brings them fulfillment—fiscally and intellectually—then way-to-fucking-go. I dig it. Keep on keepin’ on.

But that’s not me. Try as I might, I know I am never going to be the next go-to dude for articles or blog posts about dog whispering or baseball card curation or travel tips for the 65-plus set. I am just too damn interested in the variety of life that I know I will never have a niche…which, I suppose, is a niche in an of itself.

I mention this because I am currently two-days deep into the 2014 FLX/WordCount Blogathon, a 30-day challenge to write at least one blog post every day in June. I’m really excited about the opportunity, especially since Twenty Pounds of Headlines has lately felt more like Twenty Pounds of Collected Dust. (No posts since April 2011…SRSLY DiUlio?!) But when I began thinking about what to write  over the next month, I started getting minor waves of dread that only a niche-less life can inspire. What the hell would I blog about? Well, how about a little bit of everything…

And so, while I ponder over tomorrow’s post, why not take some time to click around and read the wide variety of topics I’ve covered over the years, which include everything from a world renowned glass artist to a profile of Phillies general manager Ruben Amaro Jr., an explanatory feature about the country’s first Internet Addiction recovery retreat, and an inside look at the world of Philadelphia taxi cabs. Here’s to the generalists, and all of our wide-eyed variety.