Music For Coming Down:

David Mead and the Post-World-Series-Election Hangover 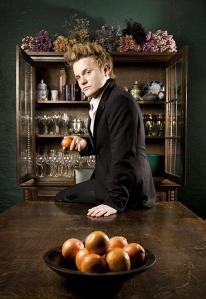 Now, sitting inside Nick’s Roast Beef, Second Street is tired and alone. The bar is virtually empty. No music plays on the speakers. The Phillies already seem a distant memory. Two small televisions hang from a brick wall. One broadcasts a silent, subtitled Charlie Gibson, who guides America through replay after replay of last night’s Presidential victory, parsing every second down to the fabric of the dress Michelle Obama wore on the stage. On the other screen, a prime-time Hollywood program silently displays a montage from a new Broadway musical staring Chazz Palminteri. The disparity of the two images seems at once both obvious and obscure. There is something that connects them, I’m just not sure what that is.

More than anything else, what strikes me is how exhausted I feel—how exhausted the entire city feels—overwhelmed by a month that went by in a blur and culminated in a championship victory for a beloved baseball team and the election of the first African American to President of the United States of America. In the course of just one week, both of these events took place, and there is an overwhelming, atmospheric sense that the peak of joy has been reached, and now we must all come down. We must all swallow the bitter sweet fog of the morning after.

That’s why we’re going to see David Mead at the Tin Angel.

Some friends of mine arrive and we share a few pints over talk about quantum physics and Mr. Rogers; over the previous night’s election and the virtues of ketchup; over getting old and electric cars; over cheesesteak hoagies and the small entertaining bits of our own personal histories only we find important or funny. I know we are children of this time, I’m just not sure what that really means. 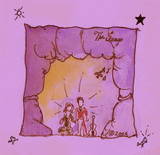 When our rambling comes to a close we leave for the show. Two doors down we climb some narrow stairs and order some more pints. First to take the stage at the Tin Angel are The Sways, a Nashville-based husband-and-wife duo comprised of Carey Kotsionis and Adam Landry. Carey’s got her acoustic, Adam’s got his medicine-red electric, and just two lines into their first song I am struck by both the beauty of their harmonies as well as the undeniable pleasure of lines like, “Knowing what to wear doesn’t make you a lady/ Showing up at my door doesn’t make you my baby.”

It would be easy for me to call this duo a marriage between the Innocence Mission and She & Him, so I won’t. Instead, The Sways are a fragile little outfit with the icy edges of their tender sound rimmed in traces of southern attitude and rust. They’ve got California flowers in their hair, but they’ve also got dusty, Memphis boots on their feet. It’s sweet, American swaying, music perfect for the autumn and summer both. They are a pleasure to watch and I would recommend checking them out if they come to town again.

When it comes to the headliner, I am as ignorant as a man can be. Going into the night, I had only ever heard one, maybe two David Mead songs in my life; but the show came by way of a zealous recommendation from my friends T. David and Kristine Young, and since I trust their respective musical tastes so implicitly I figured it was worth the $12 admission fee. And friends, after sitting through an 90 minute set of this man’s music, I can honestly say that I would pay twice as much to see him again.

Oh that dastardly breed of man known as the so-called “Singer Songwriter” is everywhere, and usually I do not suffer him kindly. Look, he’s got a lot to live up to, so I think it’s only fair to be so critical. Every college-aged crooner strumming his acoustic guitar in a coffee shop or on a lawn full of pie-eyed ladies is cooing in the shadow of geniuses like Jackson Browne, Ricky Lee Jones, James Taylor, Joni Mittchell, Cat Stevens, or even Ryan Adams. It’s not their fault the genre has been so well mined, it’s just a fact. All of that being said, when David Mead takes to the cozy, dimly-lit stage at the Angel, my skepticism is tempered only by Dave and Kris’s admiration for him.

Now watch as David Mead lifts the glass statue of my vapid cynicism, hurls it across 90 miles of jagged rock, and allows it to shatter into pieces so small and numerous as to be indistinguishable from the air surrounding them. For the entire length of his set, I am as captivated as I have ever been by a performance. Mead is a master songwriter, crafting everything from bittersweet ballads about looking out of windows at girls walking away to traveling songs about rambling to lovers and friends in drivers seats as the landscape of America unfurls its lovely, lonely distances. He even covers “These Days”, giving an apropos nod to the man to whom I believe Mead is the obvious heir apparent.

Moreover, Mead’s stage persona is a delight. Irreverent, erudite, commanding, humorous, and humble. Watching him in the intimate confines of the Tin Angel feels like being part of a sublime secret. I look forward to nights that will surely unfold with Mead’s music lining the walls of my house and of the mornings over coffee and new love wherein his tunes will kiss the moment with the tenderness for which it begs. I’ve got him on right now, in fact, and I can think of no better soundtrack for coming down from the chaotic hand life has dealt me in recent weeks.

This entry was posted in Let Us Now Praise..., Music, Personal Essays. Bookmark the permalink.

2 responses to “Let Us Now Praise…”